Here, you will find information on qualitative research and a variety of suggestions to bear in mind when planning to carry out fieldwork in Spain. Most of the tips and articles are coined by us but we are very much in favour of making reference to other author's links whenever we consider they may be useful to market research practitioners.

At present, Spain is undergoing rapid changes to streamline its economy and reduce its deficit. The effects of these changes affect not only the man in the street but also the pharmaceutical industry. This article describes some of the changes that are likely to happen and comments on the potential implications that they may have on patients. 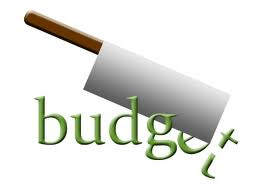 The economic crisis in which Spain finds itself has made apparent the need to reorganize the public health expense.  In fact, right now the national government has placed high on the agenda the importance of developing strategies to minimize costs and maximize the efficiency of the resources of the system. Along these lines, some regional governments have already made cuts to achieve a reduction of the budget deficit in the health area and have even considered the introduction of co-payment.

Some of the measures taken are aimed at the restructuring and reduction of the expense in drugs. This expense in itself reaches close to 25% of the total healthcare expense, which for Spain represents approximately € 3,750 million yearly. This comes as no surprise if one takes into account that the pharmaceutical expense in Spain is one of the highest in the world (1) and much above the average expense of the countries that make up the Organization of Economic Cooperation and Development (OECD).

Some Measures That Aim At Cutting the Expense in Drugs
In keeping with this goal, the Royal Decree 9/2011 has introduced a modification to the law of reference prices. It implies that when a drug loses its patent (>10 years), whenever there is a generic or biosimilar drug the public health system will finance only those drugs which have the “lower price”. Besides, products that have lost their patents will have to lower their prices a 15% in a mandatory way (2) even if there is no presence of generics or biosimilars in the market. 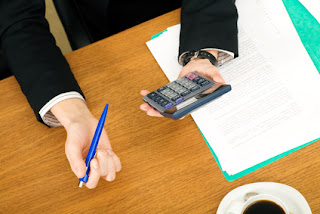 While these measures tend to exclude from the reimbursement system all those drugs that do not adjust to a given price, there are also actions intended to encourage a more rational use of the drugs -such as the implementation of single doses- and efforts to obtain better conditions in the negotiations with the pharmaceutical industry.

In connection with the latter, the central government put forward the following:
a) A yearly review of the prices of the reimbursed drugs. This would open a window for renegotiating the prices downwards or leaving some drugs out of reimbursement depending on their use and turnover.
b) The instrumentation of a national purchasing centre to negotiate better prices with the pharmaceutical industry for certain kinds of drugs (3).

Other proposals for the sustainability of the system and/or the reduction of the expense have come in some regions from the Entrepreneurial Federation of Spanish Pharmacists (FEFE). One of these consists in excluding from public reimbursement the drugs aimed at minor pathologies which cost under € 2 –the exclusion would not be applicable to chronic or poly-medicated patients. If this proposal were implemented, the patient would take a bigger role in the choice of some drugs. 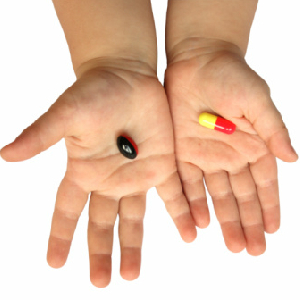 It is clear that if these changes take place and the trends settled, they will lay the foundation for new game rules, giving a greater role to other actors and modifying power relations.

For the health system, getting out of the crisis will require making difficult decisions and will entail new challenges and opportunities for the pharmaceutical industry. Another reality is taking shape, which will have to be explored. It will impact upon the standards of service that the patients get, the drugs prescribed, the balance between the parties and the way all of it is perceived by the citizens.

By Gimena Rodriguez, Field Director with A Window.

(1) http:/www.elmundo.es/elecciones-generales/2011/propuestas/propuesta78.html
(2)BOE State Official Bulletin Nº314. Friday 30th, December 2011-Sec 1 Page 145936
(3)The products which might come into the purchasing central would be: vaccines incorporated in the common vaccine timetable of the national health system, the seasonal flu vaccines of the winter 2012-2013; the antibiotics of most common use, such as amoxicilin, amoxi-clavulanic acid, cefazolin, gentamicin, and others: the antiviral drugs (zidovudine, aciclovir). Erythropoietins, and the growth hormone, the antineoplasics with generic or copy, such as Paclitaxel, Oxaliplatin and others and the serums and other health products such as alcohol, gauzes, poultices, or urine absorbents.
Publicado por A WINDOW en 16:56

Checklists help with major undertakings such as moving across county or preparing for a long vacation. A checklist could be equally helpful for a global marketing research project. This article provides a checklist for such an endeavor.

Have you ever moved across the country with a professional moving company, or taken a long vacation and consulted with AAA or a travel agent? Often, these organizations will give you a checklist to insure success in such a major undertaking. 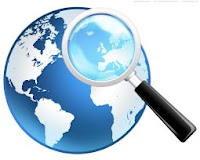 Well, guess what? A global marketing research project is also a major undertaking! So why hasn’t someone put together a checklist to help marketing researchers and other professionals navigate the rough seas that can threaten the validity and actionability of these projects?

Below please find your checklist, which can be copied for your convenient use and that of your colleagues.

I have written this list from the point-of-view of a researcher who may plan either to use a coordinating marketing research firm or to directly field a study in international markets. In either case, the issues and concerns in the checklist are the same.

It is important to review all of these issues when coordinating international/global marketing research studies. Others may arise that have not been included here. If so, I would be very happy to hear about them. Meanwhile, enjoy the opportunities global/international work can provide - and may you do so as successfully as possible.